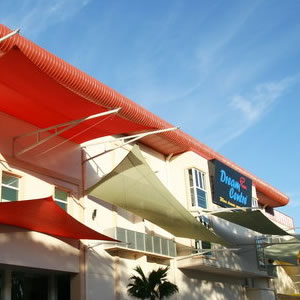 PETALING JAYA: A muhibah thanksgiving dinner held in the spirit of 1Malaysia at the Damansara Utama Methodist Centre (DUMC) was marred when enforcement officers from the Selangor State religious department (JAIS) entered the hall following complaints Malays were present.
DUMC Senior Pastor Dr Daniel Ho said the JAIS officers arrived there at 10pm together with the police and questioned several people who were present at the function.
“It was a thanksgiving dinner held in the spirit of 1Malaysia when the event was interrupted by the presence of the JAIS officers.
“They spoke to several people before leaving after nearly two hours,” he said, adding that he would issue a statement today.
It is learnt that there were about 120 people from all walks of life present in the hall at that time.
Posted by anak sufi at Thursday, August 04, 2011